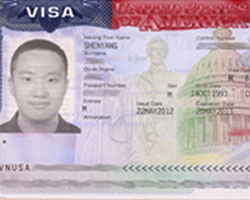 Tech industry groups are cautiously optimistic and tech workers are wary of the immigration reform bill introduced in the U.S. Senate this week, which was released by its sponsoring “Gang of Eight” early Wednesday in all its 844-page glory. On Tuesday, Neil Ruiz, associate fellow and senior policy analyst at the Brookings Institution, told us prospects for the bill’s passage looked promising, though at that point he had seen only a 19-page summary of the legislation.

Among the wide-ranging bill’s provisions:

“Of course the devil’s in the details,” observed Ron Hira, associate professor of public policy at the Rochester (N.Y.) Institute of Technology and a longtime critic of the H-1B program. “It says they’re going to raise wages substantially, but we don’t know how much. That’s a real key issue, that the wage floor is too low for H-1Bs, in my point of view.”

“I think it’s going to impact a subset of outsourcing firms, like Cognizant and Tata, while leaving others like IBM, Accenture and Deloitte unscathed,” he continued. “IBM, even though they’re importing lots and lots of H-1Bs and have more workers in India than they do in the U.S., still has less than 50 percent (of total employees being visa holders).”

“I think it’s a move in the right direction, but I think it’s not going to fix … the pretty obvious problems with the H-1B undercutting American workers.” Hira called the proposed increase in green cards “generous,” but considers other provisions to be a view into IT-company lobbying.

“The increase in advanced-degree holders is from 20K to 25K, but they push for the base cap to go from 65K to 110K,” he said. “You would think from the rhetoric from the industry that [advanced degrees] are what they want, but I think what you’re seeing is what they’re really lobbying for.” He calls the industry’s suggestion that foreign STEM graduates are often forced to leave the country after graduating “is more of a bait-and-switch than anything.”

The Industry’s View, on the other side of the debate, Robert Hoffman, senior vice president of government relations for the Information Technology Industry Council says his organization likes the proposed shift from a family-based immigration system to one more focused on skills. The revamped approach, he says, “will focus it more on innovation and remaining competitive.”

Still, there’s a lot to digest in the measure’s H-1B provisions. Hoffman calls some of them “very strict,” so his group is working with members to determine their impact. “Basically, we like some of the fundamentals. We like what we’ve seen on green cards. We certainly like trying to increase the numbers on H-1Bs and putting in some kind of market escalator. But there are a lot of requirements that require close examination before we say anything positive or negative.

“The Brooking Institution’s Ruiz thinks businesses might be concerned about the labor-market test that the bill would require before hiring H-1B holders, though he referred to the proposal as “market light.” The bill, he pointed out, would allow students to get into the queue for green cards, and focuses more on skills than country of origin.“It’s a comprehensive approach. It seems very thoughtful,” he said of the bill, which was hashed out to combine a couple of previous efforts. “On H-1Bs, it considers both business and labor interests – to protect American workers and protect American businesses. For the Senate, this bill looks pretty workable”

The Senate Judiciary Committee plans two days of hearings – Friday and Monday – before the bill goes to the Senate floor. Still one issue remains murky: How far apart the Senate’s approach will be from the House of Representatives’. As Hira points out, the House has a different perspective, and a range of different interest groups will be weighing in with its members.

We're not around right now. But you can send us an email and we'll get back to you, asap.